How learning piano may help your child's brain development 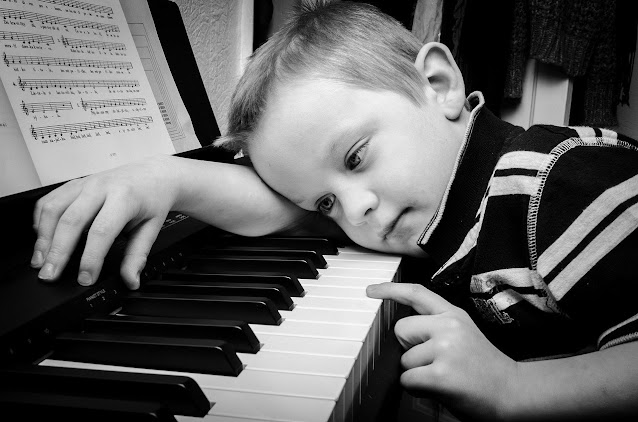 Music gives a soul to the universe,
wings to the mind,
flight to the imagination &
life to everything"
PLATO

The great philosopher Plato very rightly pointed out the above regarding music. Music has indeed an amazing capacity to bring life to everything. A good piece of music can have a lasting affect on our mind.
Scientific research has established that learning music can help a child's brain development as all sorts of music are essentially some kind of creativity of one or another.
This article is primarily dedicated for highlighting the benefits of learning piano.
Most parents do not bother to think what is best for their child, they just follow others. They just randomly choose a musical instrument for their child.
And the most sought after instrument is guitar, of course everybody loves that beautiful & melodious acoustic sound.
Many legendary artists have composed immortal songs just with a guitar, so guitar is undoubtedly the best instrument for accompaniment. It's also somewhat compact & easy to carry on your shoulder.
So, you might be thinking as why the title of this article is piano and not guitar. If it is, you are right on spot, guitar is the best instrument for accompaniment or to provide a rhythmic support to a singer.
So, our main topic of discussion is which instrument is best for our child's brain development.
Let's start with the technicalities of guitar first as guitar is the first choice in most cases.
Guitar is a fretted instrument played with both hands. The left hand frets the notes on the guitar neck and the right hand is used for plucking the strings usually with a plectrum.
To make a clear & audible sound out of a guitar is extremely difficult task for a beginner as it requires a lot of practice and coordination between the hands.
Initially your left hand finger tops will become sore & tender but over time it will become normal and you will begin to make good sounds in less than 6 months.
The point to be noted here is, though your hands are doing different things i.e. left hand is fretting and the right hand is plucking, your brain is engaged in one thing only.
Say, you are trying to play a particular piece of music on your guitar, now your brain will focus on that piece of music only. So, we can say that guitar doesn't really generate pressure on our brain.
Thus the conclusion is, it takes a lot of time and effort to make a clear sound from a guitar and once this phase is accomplished it becomes easy to play the guitar.
From the above, it is evident that guitar requires more physical effort and doesn't really help much for the development of brain.
This is where piano makes the difference. Contrast to guitar, it's much easier to make an audible sound out of a piano.
Negligible physical effort is required to play a note on the piano. Just a gentle and soft touch is sufficient, in piano terminology it's known as pianissimo.
And this is the irony, playing guitar becomes easier over time whereas playing piano becomes tougher over time. Why? that's because this article is.
Like that of a guitar, piano also requires both of your hands.
But unlike guitar, your brain has to work hard while playing piano, because both of your hands are actually playing two very different things simultaneously.
Now you are going to ask what's that has to do with our brain.
Actually, human brain is accustomed to focus only one subject at a particular instance of time.
Now what actually happens while playing piano, the left hand plays harmonizing notes or rhythm whereas the right hand plays the melody.
This becomes very tough and generates a lot of pressure on our brain, as our brain has to focus on two different things simultaneously. This is the main difference between piano & guitar.
So, it is evident that as far as a child's brain development is concerned you can prefer piano over guitar.
This article's intention is not to glorify one instrument and to degrade another, rather it tried to show that playing piano may turn out to be more beneficial for your child, the rest depends on individual tastes & passion.
Read how your child may become a genius