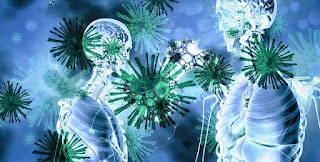 Worldwide infection of novel corona virus has reached 20 millions on Sunday last. Having detected the first Covid-19 positive case at Wuhan, China on 31 December 2019, it took 180 days for the world to reach 10 million of total infection.
Strikingly enough it took only 43 days for the next 10 millions infection throughout the world. Out of the total cases alone America, Brazil and India shares half of the world's total figure. 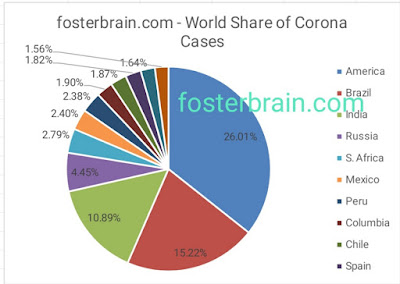 North America has become the most affected continent in the world. This continent has recorded more than 6 millions corona positive cases till writing of this article. A little more than 3 millions have recovered so far and the reported death cases is 2 millions. Out of this alone America shares 85% of infection.
Graphical representation of top 5 countries of North America having most number of corona infections. 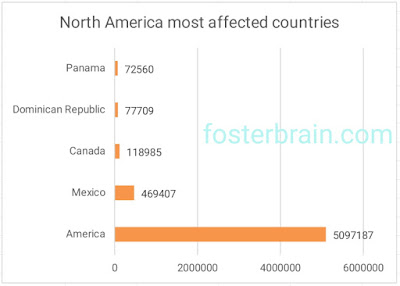 Whereas South America has reported nearly 5 million corona infections having Brazil at the top. Around 3 millions have recovered and 160,000 have died till date in the continent of South America. Brazil shares more than 3 million out of the total infections. 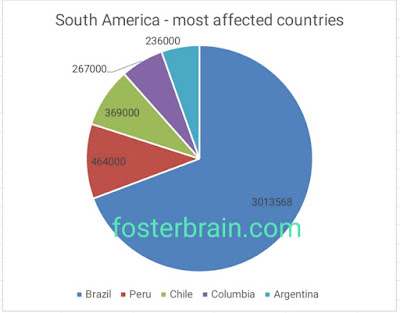 In Asia the total number of corona positive cases is around 5 millions. Out of this alone India shares 43% of the total reported cases. More than 100,000 people have died of corona infection in Asia. Iran follows India at the second position with a total of 325,000 positive cases. 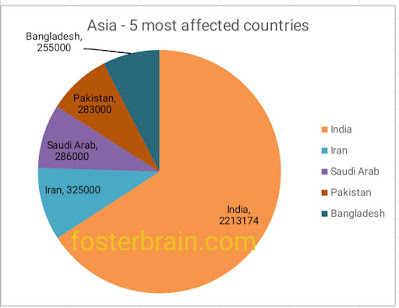 In Europe, 3 million corona positive cases have been detected so far out of which 2 million infected people have been fully recovered. A total of 205,948 death cases have been reported in Europe out of corona virus infection. Right this moment Russia is the most affected country in Europe having nearly 1 million corona infected people. It is to be noted that Russia is a transcontinental country which covers more than one continent. 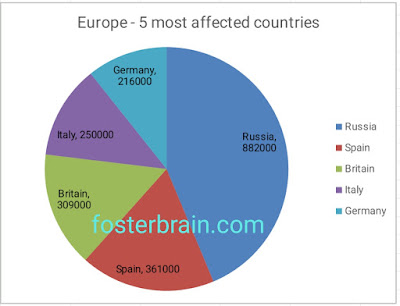 Africa has just crossed 1 million mark concerning to corona virus pandemic. Till now 400,000 patients have recovered and 23,000 patients have died of Covid-19. South Africa is the most affected country of this continent. As per one report published by the United Nations, pandemic caused by the novel corona virus is a serious threat to the development of Africa. It will push many a lot people under the below poverty line. 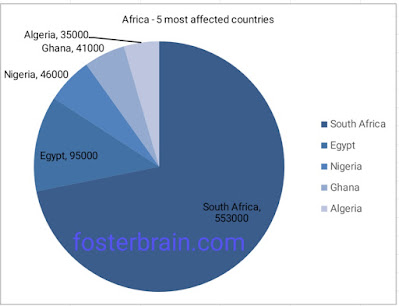