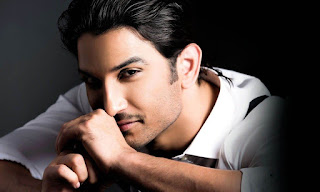 Sushant Singh Rajput used to write his thoughts in a Diary, 15 pages of which have surfaced in public domain. Sushant's own words clearly shows that he had planned his career and life quite deliberately. He had chalked out a detail plan about his journey from Bollywood to Hollywood.
Sushant had even recorded his plans for the year 2020. His sister Priyanka's name is found in the diary pages and besides this Sushant had also written about how to nurture one's acting career.
In one of the pages, Sushant wrote, "I want people to understand me". Quite interestingly, Sushant had drawn a pictorial representation about his needs and public presence as revealed in his diary pages. The pages have raised more doubts on the death mystery as how can a person commit suicide when he makes such detail plan for future.
In the diary pages which have just surfaced, Sushant had written about scripts of his films including bollywood and hollywood. Sushant further has written about how to make a particular scene effective and appealing, which experiments and methods are to be adopted and how Sushant will prepare himself for the objectives.
It appears from his diary pages that Sushant Singh Rajput wanted to form a club of writers in the bollywood film industry so that quality scripts could come up through quality script writers. Sushant was an ambitious man who wanted to go hollywood, he had detailed his planning for hollywood in the diary pages.
Moreover, he had written about startup investments, which family members were to given what kind of responsibilities and how to take his company to a new height.
He mentioned in his diary about the steps he must undertake and the way he should work on himself to excel his acting skills. He also wrote about the obstacles that could come across in his acting career.
He had mentioned about Priyanka his sister and said that she will lead his team.
Some of his beautiful ideas as found in his diary pages are :-
"Do not memorise your dialogue, instead feel them and then speak out your feelings in front of the camera" and
"What you say is that much important as what you do", Sushant had further written.
Before this, Rhea Chakraborty's lawyer had leaked one page from Sushant's diary on social media where Sushant has been shown as expressing his gratitude towards Rhea's family. This page went viral on social media which has been titled as "Gratitude list". Many people have reacted and thanked Sushant for this gratitude out of whom most were from Rhea's family.