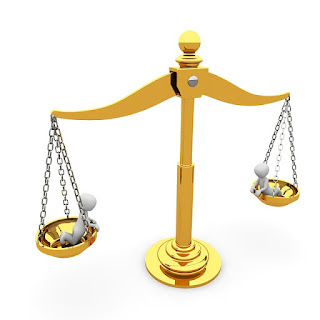 The Hindu Succession Act was enacted by the Parliament of India in 1956 and was later amended in 2005. The amended Act was questioned for whether daughters will have rights on their father's property if the father dies before 2005 i.e. before amendment of the Succession Act.
The Supreme Court of India on Tuesday has given crucial judgement pertaining to the Hindu Succession (Amendment) Act, 2005. The Court has ruled that even if the father dies before 9 September 2005(the date of the amendment), the daughters will share equal rights on property like that of the sons. The Hindu Succession Act, 1956 was amended in 2005 by modifying Section 6 of the Act which empowered the daughters with equal rights on father's property.
The amended Act was being questioned as people were confused whether the daughters will enjoy equal rights in case the father dies before 2005. The confusion only grew more when a bench of two judges of the Supreme Court gave two different judgements on the matter. Now, the verdict passed on Tuesday by the three judges bench headed by Justice Arun Mishra has cleared all confusions.
The three judges bench have made it crystal clear that all living daughters will enjoy equal rights on ancestral property irrespective of the time of their father's death.
In Prakash Vs Phulavati (2016) and Danamma Vs Amar (2018), the Supreme Court differed in it's judgements. In the judgement given in 2016, the bench of Justice Anil R. Dave and Justice A.K. Goyal ruled that if the coparcener is alive up to 5 September 2005 then only the daughter will be benefitted from the Amended Act.
Whereas, in the judgement given in 2018, the bench of Justice A.K. Shikre and Justice Ashok Bhusan have ruled that even if the father dies in 2001, the daughter will share equal rights on the ancestral property.
Justice Pratibha M. Singh of Delhi High Court noted this contradiction on 15 May 2018 in the case of Binita Sharma Vs Rakesh Sharma. However, justifying the verdict of Prakash Vs Phulavati, the appeal was set aside by Delhi High Court. At the same time the High Court allowed for an appeal in the Supreme Court such that the legal contradiction gets mitigated.
Based on the above-mentioned facts the case came before the Supreme Court of India. The previous two judgements were made by a bench of two judges for which this time a bench of three judges were appointed in order to come to a conclusive decision. The main task of this bench was to decide whether a daughter will have rights on ancestral property if the father dies before September 2005 i.e before enactment of the amended law. The bench comprising Justice Arun Mishra, Justice S. Abdul Nazir and Justice M.R. Shah have made their judgement on the issue on Tuesday.
In the instant case, Solicitor General Tushar Mehta appeared in the Supreme Court on behalf of the Central Government. He argued that with an intent to facilitate the daughters with that of the same rights of sons, the daughters have been made coparcener of the ancestral property. Mehta further said, if the daughters do not fall under the purview of the Succession Act 2005 for whatsoever reason, it will be like depriving them from their fundamental rights.
The Central Government has said to the Court that the Amendment done to the Succession Act in 2005 was not retrospective in nature. That said, the rules of the Act will be applicable even for periods when the act was not in force. Daughters have acquired the rights of a coparcener from the time of their birth.
It has been made clear that the Amended Act was placed in Rajya Sabha on 20 December 2004 and hence ancestral properties which have already been settled by this time will not be affected by the amendment. The Supreme Court has admitted these arguments.
Stand of the Central Government was that the amendment was enacted on 9 September 2005 and accordingly daughters have become coparcener right from the date of their birth. Daughters will enjoy the same rights as that of their brothers in respect of ancestral property.
While delivering judgement on Tuesday, Justice Mishra has said that daughters are as much as dears to the parents as the sons. Hence, they should have equal rights on their father's property.
Coparcener is that person who inherits share of the ancestral property right from the time of birth.
As per Hindu Undivided Family (HUF) Act, the main difference between a coparcener and other family member is that a coparcener can legally create pressure for his share in the ancestral property whereas other family member are not entitled to create pressure for the same purpose.
Before enactment of the Succession (Amendment) Act, 2005 daughters used to be family members only and not coparcener. It is also pertinent to mention that a daughter-in-law will become a family member but not coparcener of the family's ancestral property.