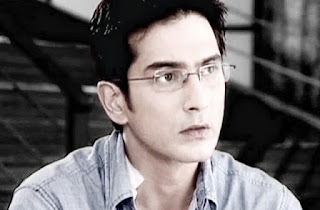 Famous TV actor Sameer Sharma has passed away. Known for his appearances in TV serials like Kahani Ghar Ghar Ki, Kyun Ki Saas Bhi Kabhi Bahu Thi, Is Pyaar Ko Kya Naam Doon and Yeh Rishte Hain Pyaar Ke, his untimely death has shocked the entire acting fraternity.
Sameer Sharma also acted in a 2014 romantic film titled Hasee to Phasee having Sidharth Malhotra and Parineeti Chopra in the lead roles. Reportedly Sameer Sharma has committed suicide in his Malad apartment of Mumbai.
The actor was found dead on 5th August 2020 night in his own apartment situated at Malad West, Mumbai, Ahimsa Marg, Neha CHS residential building. His body was discovered to be hanging from the ceiling of his kitchen. Actor Sameer Sharma rented the apartment in the month of February of this year itself.
During night duty on Wednesday, the watchman of the housing complex saw his body and then he communicated the same with the other residents of the housing society. However, exactly like Sushant Singh Rajput's case no suicide note could be found in the scene of death of Sameer Sharma.
Also read Sushant Singh Rajput, Rs. 15 Crore and the Rhea Chakraborty connection
Sameer Sharma was last seen in the TV serial Yeh Rishte Hain Pyaar Ke on Star Plus. He was portraying the role of father of Kaveri Priyam in the serial. The demised actor was fighting with some serious health problems for which he was mentally disturbed for quite a long time. But, after a long days of treatment he recovered from his illness and returned to acting. His sudden demise has left his fans and colleagues in deep shock and sorrow.
The police have already taken over his dear body in custody and started investigating the case. As per police report it is suspected that the 44 years old actor actually committed suicide two days before discovering his body. George Fernandes, Senior Inspector of Malad Police Station has informed the media that the body of the actor has been sent for detail postmortem analysis.
On lack of complaint, no FIR (First Information Report) has been registered so far and instead the police are investigating the case by registering an ADR (Accidental Death Report). The actor was living alone in his Malad apartment since February and the reason for his distance with family members is under investigation.
Much known for his extremely polite behavior, Sameer Sharma was born on 5 May 1976 and completed his school education from RK Puram, New Delhi based Delhi Public School. Later he did his graduation in Economics from New Delhi based Sri Venkateswara College. Due to marital and other personal issues he got legal separation from his wife Aachal Sharma in the year 2014.