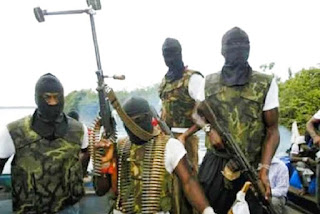 An untoward incident of firing has been reported which took place in front of the White House while the President of United States, Donald Trump was busy in a press conference. However, the situation is now under control and President, Donald Trump has been moved to a safe place.
The secret service officials of US sprang into action immediately after the firing and in their retaliation the assailant has reportedly been shot and is now under medical supervision. President, Donald Trump has thanked to the US secret service for their prompt action and taking over control of the situation.

World leader of fast food, the Mcdonalds has stated on Monday that they have initiated a legal action against former CEO, Steve Easterbrook for allegedly lying about sexual relationships with staffs. Steve was removed from his post in November last for allegedly having consensual sex with one of his staff.
Furthermore, he has been accused for having sexual relationships with 3 more staffs. Besides this, Steve is also accused for destruction of crucial evidences and giving false information in this regard. Steve also unlawfully benifitted one of the involved staff with a large sum of share which now Mcdonald intends to recover.

Having slept for many years, Mount Sinabung of Indonesia has begun to erupt on Monday. Smoke and ashes have reached up to 5000 meters high in the sky. Nearby places have turned dark due to heavy amount of debris caused by the eruption. The volcano has been rumbling since 2010 which erupted violently in 2016. Till now no casualties have been reported, however, the officials have warned for sudden burst and violent eruption of lava.
Armen Putera, an official of Volcanology and Geological Hazard Mitigation Centre, Indonesia has said that they already have issued necessary alerts for staying safe from the Mount Sinabung's red zones. Due to huge amount of ash and debris at least one village has become completely dark even in day time. It is to be noted that remaining silent for long 400 years the Mount Sinabung started rumbling for the first time in 2010. In 2014 Sinabung took 16 lives whereas in 2016 it took away 7 human lives.

Auction for Gandhi's spectacle in Britain

Online auction for a pair of gold plated spectacle has been called in Britain which is reportedly worn by Mahatma Gandhi in 1900. Expected price of the spectacle is somewhere between 10,000 to 15,000 pound. East Bristol Auctions Limited, a company based in Hanham, UK has said on Sunday that it was wonderful for them to posses such a historical stuff. The company is already in receipt of a bid amounting to 6,000 pound.

8 people including 6 French tourists and 2 Nigerian have been killed by some unknown gunmen in Niger on Sunday (Niger is a West African country having it's largest city Niamey as the Capital). It has been reported that the assailants were riding on motorcycles.
Tijani Ibrahim Katila, Governor of Tillabery region, Niger has said in his official statement that 8 people have been killed which includes one tourist guide and one driver, both Nigerian and 6 tourists of French origin.
The Governor has further said that they are keeping close eye on the situation and will share more details later. The miscreants or their organization have not yet been identified. The unfortunate killing incident took place near Koure town which is not far from Niamey, the Capital of Niger.

In a startling declaration on Tuesday itself, Russia's President Vladimir Putin has said that Russia has developed the first vaccine of the world to combat against novel corona virus. This vaccine will enable permanent immunization against the deadly Covid-19.
Putin has made this announcement today through a video conference. The vaccine has been applied on none othar than Putin's own daughter. While the entire world was desperately trying to develop such vaccine, Russia has touched a new height for having successfully developed the desired antidote before any other country.