Easy Words you must know to Strengthen your English Vocabulary 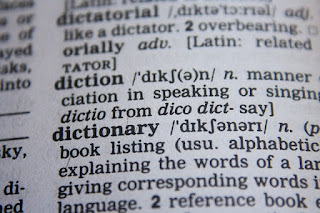 Dear readers, in this article I will be presenting before you some common and easy English words which will surely strengthen your vocabulary. Bookmark this page and do visit in frequent intervals for updates

Adamant - refusing to change one’s mind; he is too adamant to accept his fault

Adulterate - to corrupt make impure; the grocery store was fined for trying to adulterate the food grains

Affinity - fondness towards something; He has a special affinity with music

Aggregate - total or amounting to a whole; Panchayat is an aggregate of village panchayat, intermediate panchayat and district panchayat

Aloof - at a distance; the new employee is aloof and is hesitant to talk to others

Amalgamate - to combine into a whole; He amalgamated his company with another

Amenity - a desirable feature or facility; the building is close to all local amenities

Amulet - ornament worn to repeal evil spirits; He wore an amulet to ward off corona virus

Apex - the highest point; The Supreme Court is the Apex body of the Indian judiciary

Augment - make something greater by adding; the Government is hoping to augment GDP by implementing Make in India initiative

Bombastic - using inflated language; the politician made a bombastic promise in front of the voters

Catalyst - something that causes change; Alcohol is a catalyst that triggers excitement in one’s behavior

Caustic - burning; He became caustic with his wife

Celestial - concerned with sky or heavens; Angels are said to be celestial creatures

Champion - to defend or support; He championed the rights of the working class

Circuitous - longer than the most direct way; Any article should avoid circuitous language

Coagulate - change to a solid state; The tomato sauce coagulated as it was refrigerated

Coalesce - coming together to form a whole; the public protest gradually coalesced into a political movement

Complement - something that completes; A glass of wine is a great complement to find food

Compliant - willing to follow certain rule; Any restaurant must become compliant with the prescribed health codes

Conceal - to keep secret; All political parties conceal their source of fund

Contend - to compete in order to win something; He contends that the judgement was wrong

Convention - practice widely observed; You can not go against the convention

Dearth - lack of something; The police had dearth of evidence in the case

Decorum - proper behavior; He had acted with utmost decorum

Derivative - something which is derived; The new antibiotic is a derivative of penicillin

Digression - a departure from the main subject; The political spokesperson returned to the main topic after a brief digression

Discredit - to dishonour; The newspaper seems to discredit his reputation

Discrepancy - a difference between two things that should be same; There is some discrepancy between the two accounts

Discrete - separate and distinct; Forensic experts use many discrete methods

Discretion - the freedom to make decisions; Final decision shall be at the sole discretion of the employer

Disguise - show a different appearance to conceal one’s identity; He disguised himself as a girl

Disinterested - not influenced by considerations of personal advantage; A good doctor is supposed to give disinterested advice

Disjointed - lacking order; The accused gave some disjointed fragments of information to the investigating team

Dismiss - reject; He dismissed the taxi

Dissemble - to hide one’s motives; An honest person does not need to dissemble

Disseminate - to spread; Right to Information Act is aimed to disseminate information with little effort

Dissolution - the act of dissolving an organization; The customers went into a state of panic after the dissolution of the Yes Bank