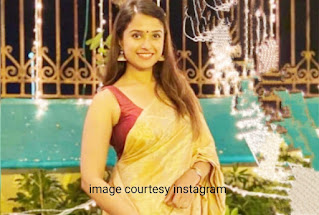 DCP Vishal Thakur of Mumbai Police has stated that immediately after receipt of information a police team reached the scene of incident and did necessary Panchnama in presence of Disha's parents. Disha Salian happened to be an Ex-Manager of Sushant Singh Rajput.
Mumbai police has on Sunday disqualified the claim that Disha Salian's dead body was discovered without a single piece of cloth.  DCP Vishal Thakur has enunciated that the news of finding Disha's nude dead body is totally fake and fabricated.
Disha Salian died from falling off the 14th floor of a Mumbai based building in the intervening night of 8 and 9 June 2020. Just after a couple of days, on 14 June Sushant Singh Rajput's dead body was found from his residence. These two incidents have caused enough sensation in not only Bollywood but also in the political wings of India.
Sanjay Raut, Member of Parliament, Shiv Sena has also stated on Sunday that before Sushant's death Disha Salian had committed suicide and these two incidents are completely disjointed. He further said that the political leaders are trying to coalesce these two incidents with an intention to bake their own bread. Raut has expressed his dissatisfaction regarding the statements made by BJP leader Narayan Rane who earlier claimed that Disha was molested, murdered and then thrown from the building. The Shiv Sena MP has termed this statement as extremely insensitive towards the family members of Disha Salian.
Disha's parents have already dismissed the molestation and murder angle pertaining to their deceased daughter. In one of their recent TV interview, Disha's parents Satish and Basanti Salian have asserted that all news about Disha's pregnancy, molestation and murder are result of imagination and completely untrue. They also have said that the Mumbai police has shown them all records concerning to the investigation of Disha's death and that they are satisfied with the way Mumbai police has investigated the case. Disha's parents have expressed their grief for the media being involved in character assassination of their demised daughter.
In the meantime, Rhea Chakraborty the prime accused in Sushant's death case has filed a fresh affidavit in the Supreme Court of India. In her affidavit, Rhea has complained about the ongoing media trial wherein she is being unlawfully projected as the main guilty for Sushant's death. She has alleged that the way media is sensationalizing the case by dragging her name, her privacy is being compromised. Rhea has made it a point that actor Ashutosh Bhakre and Sameer Sharma have also committed suicide but Indian media has completely ignored this.
A breaking news has surfaced that the domain name and ip address of the company has been changed 18 times in last 2 months. The company is in the name of Sushant and Rhea Chakraborty. The last change was made on 7 August, however exact reason and credential are yet to be verified.
On the other hand, sources from Enforcement Directorate has made some important revelations regarding Rhea's interrogation. Rhea used to control the financial matters of Sushant Singh Rajput. Some discrepancies have been found in Rhea's bank accounts and her income tax returns which means Rhea had more investments than her income, but she could not understand the discrepancy. Rebates against Rhea's home loan has not been recorded in her ITR. Besides these, sources of her investments in properties and real estates could not be traced as of yet.