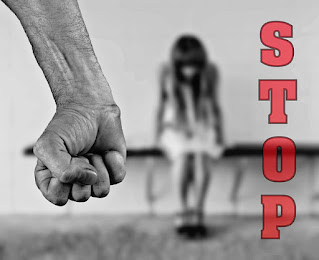 The 2012 infamous Nirbhaya case repeats yet again in Delhi itself on 4 August 2020. On 16 December 2012 a 23 year old female was gang raped and inhumanly tortured in a running bus by 6 human like creatures. The quantum of the torture was so unimaginable that the culprits lost their right to be called human, they were demons masquerading as human. The victim girl succumbed to her injuries at Singapore after a few days of the incident. Out of the 6 accused, Ram Singh died in police custody during the trial and the youngest being juvenile sent to correction home for 3 years and was released in 2015. The rest of the 4 degenerated people namely Mukesh Singh, Vinay Sharma, Pawan Gupta and Akshay Thakur were finally hanged to death on 20 March 2020.
As a repeat of same kind of assault like Nirbhaya, a 12 year old girl has been raped and brutally tortured in her own house. The mishap took place on 4 Aug 2020 evening at New Delhi Paschim Vihar, Peeragarhi. The girl child was found bleeding profusely by the neighbors and they called the police immediately. The victimized girl was first admitted in Sanjay Gandhi Hospital and then shifted in All India Institute of Medical Sciences (AIIMS). A team of doctors from Paediatric, Surgery, Gynaecology and Neurosurgery are constantly monitoring the girl.
The doctors have already conducted two surgeries on the girl on Wednesday, the first was to repair the fractured skull and the second was to rebuild her perineum (the region between human genitalia and anus). As per the doctors the girl may require to undergo more surgery. As per latest report the victim's condition is critical and she is fighting for life.
A public protest was held in front of the hospital in demand of speedy justice. Delhi Chief Minister, Arvind Kejriwal visited the victim's family and strongly condemned the incident. He announced a Government aid of Rs. 10 Lac to the family. The CM has remarked that the injuries sustained by the girl child are so severe that they are difficult to describe.
Kejriwal also has talked with the Delhi Police Commissioner, SN Shrivastava for taking appropriate and immediate measures to apprehend the culprit(s).
After two days of the incident Delhi Police has nabbed a 33 years old man named Krishan who is allegedly responsible for the heinous crime. Shalini Singh, Joint Commissioner of Police (West Zone) has stated that the accused Krishan is a hardcore history sheeter who already has 4 criminal cases registered against him.
Having checked video footage from 100 CCTV cameras and recording numerous statements the the investigating police team has finally arrested Krishan in the late night of Thursday i.e. 6 Aug 2020. As per statement made by Eish Singhal, Public Relations Officer for Delhi Police an FIR has been registered at Paschim Vihar Police Station under IPC section 307 (attempt to murder) and Protection of Children from Sexual Offences (POCSO), Act 2012.
The 12 years old victim lived with her elder sister and family who all went for work in a nearby factory. The housing complex accommodates 18 other families who are all daily wage workers and work in the same factory.
On the evening of 4 Aug 2020 Tuesday, the accused Krishan with an intention of burglary entered the building and found residents on both first and second floor. He then moved to third floor and found a room with it's door opened. Krishan then entered into the room and was spotted by the 12 years old girl. Having seen an outsider the girl tried to raise an alert and then the accused threw a sewing machine at her head. The girl still didn't give up, the accused then stabbed the child with a pair of scissor repeatedly. He also raped the hapless child and fled the crime scene.
Krishan is a resident of Mongolpuri area and works in a factory. He has 4 criminal cases registered against him out of which one is of murder, one for attempt to murder and two of burglary. The murder case was registered in the year 2006.
DCW (Delhi Commission for Women) Chief, Swati Maliwal has summoned the concerned Deputy Commissioner of Police to appear by Saturday along with a copy of the FIR and status of the investigation.
In an interview with electronic media, Swati Maliwal has said that the girl child has sustained several fractures on her head, her stomach and intestines have been severely ruptured and has bite marks on all of her body parts. The girl was attacked so brutally that all of her body parts have been injured including internal injuries.
The DCW Chief further stated that 2 years ago she sat on a hunger strike in demand of stringent legislation against rape convicts. After this hunger strike a law was passed which prescribed death penalty to rape convicts within 6 months. But, unfortunately the law has not yet been implemented.
In consequence of the Nirbhaya case where the perpetrators took advantage of the loopholes to delay their death penalty, The Criminal Law (Amendment) Bill, 2018 was passed in the Lok Sabha on 30 July 2018 and accordingly also got approved in the Rajya Sabha on 6 August 2018. Swati Maliwal has pointed that this law is yet to be implemented.
The Amendment has provision for stringent legislation of death penalty to culprits who are convicted for raping girls below the age of 12. The law has further set time limits for speedy investigation and fast track trial. Investigation of all rape cases are to be mandatorily completed within 2 months. Trials for such rape cases must be completed within 2 months. A time frame of 6 months has been fixed for disposal of all appeals by the convicts.
It is pertinent to note that without enforcement of the above-mentioned law it will take years to convict such evil spirited demons of the society like Krishan.
Let us pray for recovery of the child.