India Vs China - Economic Differences You Must Know 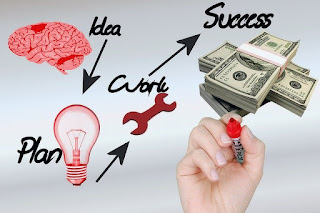 In order to understand the economic differences between India and China you must first understand some basic terminologies used in the study of Economics. So, let us first start with the most important factor GDP.

GDP stands for Gross Domestic Product. It is the market value of total production and services made by a Country in a particular year. So, GDP determines the economic condition of a country, it is mainly based on the following 3 factors :-

It is important to note that only domestically produced commodities are accounted for calculation of GDP.

Example :- suppose India has produced 100 pens in the year 2019-20, cost for which is Rs. 1000 at the rate of Rs. 10 for each. So, GDP for the year will be Rs. 1000. But, a country produces numerous commodities and services and also there will be many investments. Also note that only American currency i.e. dollar is used for calculation of GDP and not Indian rupee.

American Economist Simon Kujlett first introduced the concept of GDP in the year 1935. The formula for calculation of GDP is as below :-

C = Total amount of expenditure made by the consumers

I = Total investment made by private sectors and Government

G = Total expenditure made by the Government

GDP will increase if consumption is high for domestically produced goods. If you consume more Chinese products then it will not increase our GDP but it will increase the GDP of China.

One more important point you might have noticed that if we export more than what we import then also our GDP will increase significantly.

Why GDP is important?

GDP is important for the following reasons :-

What is Per Capita Income ?

Per capita income is the average income of a citizen in a given year. It is calculated by dividing the National Income with the Total Population.

Economic Differences between India and China

India became independent on 15th August 1947 and 2 years later on 1st October 1949 the Peoples Republic of China was formed. Till the year 1980 both India and China had almost similar economy. In the year 1980 the GDP of India was 200 billion dollar and that of China was 205 billion dollar. So, it is very clear that 40 years ago i.e. in the year 1980, the economic standard of India and China was almost same. But, do you know what happened in these 40 years? China has surpassed India by a huge margin in terms of economic growth.

But, what is PPP?

GDP is of two types, Nominal GDP and GDP in terms of PPP (Purchasing Power Parity). The GDP we already have explained in the start of this article is Nominal GDP. Nominal GDP doesn't include the cost of living. You may rightly guess that the cost of living for an Indian, American or Chinese can not be same. It's because price of same product are different in different countries. With same quantity of income you can enjoy a better living standard in India than America or China. Calculation of Nominal GDP involves the market exchange rate, for eg. 75 Rs. will be converted into 1 USD whereas PPP involves the actual rate of specific products. So, PPP also reflects the ratio of purchasing capacity of different currencies.

Calculation of PPP has a big disadvantage as it is very hard to assess. Different countries will consume different commodities and the amount of consumption will also be different. Consumption of rice and flour in India is much higher than other countries. This is why the nominal GDP is mostly used to assess the economic growth of a country.

Now, coming back to the point, China is ahead of India in technology and economic factors by at least 15 years.

Infrastructural difference between India and China

There is so much disparity between India and China in respect of infrastructure is that it's better not to discuss. However, the following information may be relevant.

There is a major difference in the Government planning process between India and China. China always design their plans for coming 10-20 years whereas India's planning is based on 5 years.

How China has developed

When China was growing economically, India was busy in politics. In just 12 years India had 6 different Prime Ministers from 1979 to 1991. This was the phase when China build it's economic backbone and India was more inclined to set a stable Government. The following information might be relevant for the reader.

In the year 1949 itself China set a 100 years marathon mission to surpass America. And now  in 2020 look at the scenario, China is competing with America in every aspects.

Employment strategies between India and China

Right from the beginning China began to strengthen it's manufacturing industries. They also focused on skill development and accordingly they developed their education system. As a result of this China is now free from the unemployment problem even though it has larger population than India. China has first made it's citizens skilled and then they had setup numerous production units, industries etc. for their employment. On the other hand common Indian mentality is to seek employment in Government sector only. So, the unemployment problem in India is only growing up day by day. India never actually tried to strengthen it's manufacturing outputs which could have opened up huge employment opportunities.

Difference between India and China in Labour Force

China enjoys a huge labor force of 800 million comparing to India's 500 million. There is also an important difference of skill, several surveys have estimated that only 5% of the total labor force of India are skilled.

Once, Apple's CEO Tim Cook was asked as why they have established so many manufacturing units in China. He said it's not because Chinese labors are cheap but because they are highly skilled and they can produce more outputs.

The average wage of a Chinese labor is minimum Rs. 1800 per day whereas that of an Indian labor is only around Rs. 300. This shows the difference in skill.

China started to focus on skill development from as early as 1980. They moulded their colleges and universities with that level of education which may enable the students to work with tools and technology. Besides this, Chinese education system is more practical oriented which empowers the students with creativity and innovation. Indian education system is classroom oriented which focus only on marks and degree but there is no scope of creativity at all. Social media apps like Facebook, Twitter etc. are all banned in China, do you know why? Because they are capable of making the same kind of softwares of their own and indeed they did it. Chinese people uses their own social media apps. Conversely, there is not a single app or software developed by Indian software Engineers which could gather global attention.

Why is that? aren't Indian engineers capable enough? Yes, they are capable but the problem is with the education system they came from. They were trained to have bookish knowledge only but what they actually require to focus is on creativity and innovation.

As per an article published in March 2019 by Business Today, Annual Employability Survey revealed that 80% of Indian Engineers are not fit for any job in knowledge economy. Only 2.5% have technical skills like artificial intelligence. Moreover, only around 10-15% of Indian population are well versed in English.

Hope for the betterment

Under the great leadership of Narendra Modi, India is finally witnessing major economic reforms. Unfortunately, India didn't had a visionary leader like Narendra Modi until 2014 when he became India's 14th Prime Minister having received an unprecedented mandate.

Known for his bold decisions, Modi took some never seen steps which are often criticized by the opposition leaders. Modi Government dared to implement demonetization with a view to bring black money to a stop. Demonetization will have a strong positive impact on the Indian Economy in near future. Before demonetization a plentiful amount of money were lying out of the Bank's reach which was preventing the Government to plan new strategies. After demonetization every rupee can now be traced, also the banks have become much stronger than before. Modi Government has also implemented GST (Goods and Services Tax) which has been seen as a major economic reform.

Modi Ji understood the importance of production outputs and hence Modi Government started the revolutionary Make in India project. Before the advent of  this project products like mobile phones were all imported from other countries which only helped those countries to increase their economy and foreign reserve. I forgot to tell you that China had a foreign reserve of 3 trillion dollar which is equal to the national economy of India. Just imagine how rich China has become because of their huge productions. Any ways, after the launch of Make in India project by Modi Ji, all mobile phone manufacturing companys were compelled to establish individual production units in India. Nowadays, phones of Apple, Samsung, Vivo, Oppo, Xiaomi etc. are all being manufactured in India. This has created a lot of employment and also has helped to increase the national GDP of India.