Corona Virus Vaccine - all you need to know 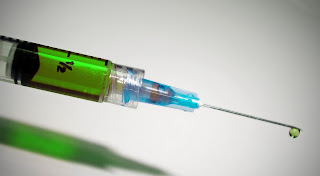 We know our scientists much less than the Babas and Politicians. Indian media is more inclined towards highlighting Babas and politicians than the scientists.
In this kind of crisis caused by Covid-19, it is likely that the scientists call a press conference but instead Baba Ramdev is doing that.
Indian Council of Medical Research (ICMR) had their last press conference on 11th June 2020 when India had some 2.5 Lakh corona positive cases. In the last 30 days there was no press conference by ICMR and now India has around 8 lakh corona positive cases.
It's not fault of the Babas that you do not know our scientists, it's fault of the Indian media and you yourself. Have you heard that Dr. Gagandeep Kang has resigned?
No, you haven't, you probably do not know who Dr. Gagandeep Kang is. You can feel free to ask who Dr. Gagandeep Kang is and where from she has resigned.

Here is a short introduction of Dr. Kang

Dr. Gagandeep Kang is the first ever Indian women scientist to be elected as a Fellow of the Royal Society (FRS), London.
Dr. Kang is largely acclaimed for her critical role in the development of rotavirus vaccine. (Rotavirus is a virus which infects mostly the infants and young children. On infection, Rotavirus causes severe diarrhea and vomiting. India is the first country in Asia who indigenously developed the rotavirus vaccines Rotavac and Rotasiil in the year 2016).
Dr. Kang was the Executive Director of Translational Health Science and Technology Institute (THSTI) from which she has resigned having one more year of completion of her tenure.
THSTI is a Faridabad based public health research institute under the Ministry of Science and Technology's Department of Biotechnology.
Now coming back to the point, a Committee was constituted in the month of April 2020 for development of indigenous Covid-19 drugs and vaccine and the committee was headed by Dr. Gagandeep Kang.
Surprisingly enough, such a committee of importance has been dissolved by ICMR in May 2020, just after one month of forming the same. Nobody knows why the committee has been dissolved so suddenly.
I hope, you are beginning to smell something foul now. Dr. Gagandeep Kang is also the Vice President of the Equitable Access Committee of Coalition for Epidemic Preparedness Innovations (CEPI). This CEPI is a global network of scientists and is based in Norway. Having formed in the year 2017, main objective of CEPI has been to control and stop future epidemics.
According to this organization i.e. CEPI, it will take somewhere between 12-18 months to launch the vaccine of novel corona virus Covid-19 and the project will cost around 2 Arab Dollars. Many Countries and big companys have invested in this big project.
Now, try to understand one thing, such a person of high stature as Dr. Gagandeep Kang has resigned from the post of Executive Director, THSTI and Indian media is completely silent on it. The reason for this silence is not understood at all.
Indian Express contacted Dr. Kang and enquired about the reason for her resignation. Dr. Kang told that the disbanding of the committee by ICMR is not at all connected with her resignation and that she has resigned only on personal matters.
Social media is flooded with all fake news about corona virus vaccine. Rise to this belief is caused especially after the Headline that India is about to launch Covid-19 vaccine on 15th August 2020.
People are sharing this news like crazy believing that the vaccine for deadly corona virus has arrived. That, Corona virus has been defeated, lockdown is finished and masks will be thrown into dustbins.

How this belief is originated?

Director General, Indian Council of Medical Research (ICMR), Dr. Balram Vargava issued an official letter to it's associates which was leaked in the media. The letter hinted that the vaccine for corona virus will be launched on 15th August 2020 from the Red Fort, New Delhi.
It is important to note that everyone want this vaccine and everyone will appreciate the launch of the vaccine. But we should not forget that there are certain scientific parameters and protocols for launching any biological vaccine.
The letter of Dr. Vargava was addressed to the Principal Investigators of several hospitals and research centres who are connected with the trial process named as COVAXIN trial.

Gist of the letter issued by Dr. Balram Vargava is as below :-

Some important and other relevant information on Vaccine

After USA and Brazil, India is now at the 3rd position in terms of having most number of corona positive cases.
A vaccine is somewhat like a pre-test examination before you appear in your final Board examination. That means, a vaccine necessarily prepares your body to fight with the particular virus or should we call  them Pathogens.
Pathogen are microorganisms like bacteria, virus, Protozoa, fungi etc. which causes disease to human body.
When a pathogen attacks a human body, the immune system starts to work immediately. Our immune system has 3 main jobs :-
A vaccine contains strains of the same virus of different states. Sometimes a vaccine is created with dead strain of a virus, sometimes with weaker strains of the virus and sometimes with various parts of the virus.
So, a vaccine can be of different types having specific advantages and disadvantages.
Around the year 1700 there was no vaccine and the world child mortality rate (child below 5 years) was 40-50%. During that time 40-50% child used to die before  attaining the age of 5 years. And now the child mortality rate has come down to less than 1% in the developed countries.
In average a vaccine requires 10 years to become ready for public use. Till now the fastest vaccine ever produced is for mumps (Parotitis) which took 4 years.
It is expected that the vaccine for Human Immunodeficiency Virus (HIV) will become ready by 2030 and if it happens than the total time required will be 50 years.
But, the speed in which countries are working on corona virus, we can expect the vaccine in 12 to 18 months.

Scientists first decide the type of vaccine that should be best for the specific virus. Then pre-clinical tests on live cells and animals are conducted in laboratory. After these the human tests or the clinical tests begin.

Current status of development of vaccine for Covid-19

As per records of World Health Organization (WHO), 17 vaccines Covid-19 in 10 countries are ready for clinical test. China had already started the trial on it's military personnel in phase manner.
USA is leading with 4 vaccines amongst which a company named Moderna-NIAID is at the top developing mRNA-1273. They have already completed the first 2 phases and planned to start the phase 3 of the clinical trial in the 1st week of July. However, the 3rd phase of the trial got delayed. Vaccine mRNA-1273 will be applied in 30000 candidates in the stage 3 of the trial.
Germany based company BioNTech and Pfizer are jointly developing the vaccine BNT-162b1. They will also start the final trial with 30000 candidates.
Oxford University of United Kingdom is at the top as per many experts. It is reported that the vaccine developed by Oxford University provides stronger immunity than the rests. They have already started the final phase of the clinical trial in Brazil in the month of June 2020. By the end of August, Oxford University will have the final words.
As already said, India is developing COVAXIN for which the clinical trial is yet to start. This is unrealistic that the entire process will be started and finished by 15th August 2020.
Baba Ramdev has claimed in public domain that Patanjali has developed Coronil which is guaranteed to cure a Covid-19 positive patient in 7 days. The claim has created controversy and states like Maharashtra has banned Coronil for public use.
As per experts Coronil lacks scientific grounds. Patanjali has also failed to furnish necessary documents and reports in support of their claim. The AYUSH Ministry of Government of India has not yet approved Coronil which nullifies the claim made by Ramdev.