Welcome visitors. Today I am going to tell you about some brilliantly made Indian movies which you surely have missed.

These movies are most underrated and are not made in the style of regular commercial movies. Underrated means movies which are very good but failed commercially due to extremely low number of audience.
Due to low budget, no big star cast and no big production banner these kind of movies often get unnoticed and get lost under the big budget rubbish films.
Professional critics won't write on them and biased media won't publicize these movies ever. So, consequently, these excellent movies never reach to movie lovers like you.
There are some really talented and creative Indian film Directors who always try to create quality movies with new and talented actors, but under the huge publicity  and influence of big shots they do not receive what they deserve.
This is creating a negative impact on the good Directors, script writers and real actors. If people do not see and appreciate their hard work, it is very natural that they will become demotivated and stop creating cinematic magic.
To cut the story short let's come to the point.
I am going to start with one of the most underrated psychological thriller movie :- 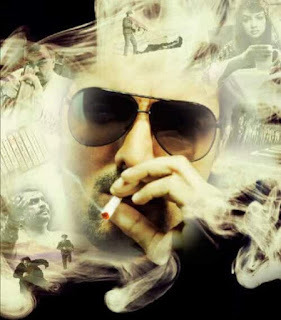 No smoking is a purely psychological thriller movie directed by Anurag Kashyap. It's actually an adaptation of a short story titled "Quitters, Inc" written by Stephen King in the year 1978.
For those who do not know about Anurag Kashyap must know that he is one of the most brilliant and innovative Director, Indian film industry has ever seen.
Anurag Kashyap is very rightly called as the Quentin Tarantino of India. Tarantino is a Hollywood film maker who has received 2 Academy Awards and has been nominated 8 times.
Coming back to the movie, John Abraham has played the role of Karan Anand the main protagonist of the film No Smoking.
Other than him Ayesha Takia, Paresh Rawal, Ranvir Shorey and Kiku Sharda also acted in this psychological thriller drama.
The story of the movie is quite unique. Karan is a self obsessed man who is a chain smoker. His wife (played by Ayesha Takia), his friends and colleagues have tried their best so that Karan can quit smoking.
Even Karan desires too to quit smoking but due to the nature of human psychology he can't really get rid of smoking. This compulsive mental behavior is actually known as Obsessive Compulsive Neurosis in the study of mental disorders.
Here comes the organization run by the mysterious character Shri Shri Prakash Guru played by Paresh Rawal. This organization has some unusual methods which forces people to quit smoking.
I am not going to tell the whole story and spoil your curiosity but I would like to tell about other aspects of the movie.
The movie No Smoking is very closely related with Psychoanalysis by Sigmund Freud where Freud has shown that every dream is actually a wish fulfillment.
Now, the movie No Smoking is mostly based on the concept of wish fulfillment through dreams and also the influence of unconscious mind on human behavior.
You won't regret watching the movie No Smoking. 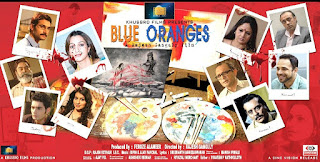 Released in the year 2009, Blue Oranges is a murder mystery movie written and directed by Rajesh Ganguly.
The movie is about the gruesome murder of an alcoholic women. Rajit Kapoor has portrayed the role of Nilesh Bhargava, a detective investigating the murder mystery.
If you remember, Rajit Kapoor is famous for portraying Byomkesh Bakshi in the TV series aired between 1993-1997.
As usual, Rajit Kapoor didn't disappoint and delivered one of his strongest performance in Blue Oranges as Nilesh Bhargava, a homicide detective.
If you have read crime stories of Agatha Christie then you will be able to relate Nilesh Bhargava with Hercule Poirot.
In Blue Oranges, there are three suspects who raises sufficient doubt on their involvement in the murder of the women, a painter, a student and a pilot.
The screenplay, direction, acting performances, script, art and all are simply brilliant in this movie Blue Oranges.
Unlike other murder mystery movies, Blue Oranges is very different and meticulously made. You will be bound to appreciate the intelligent turns shown in the movie, Blue Oranges will keep you thinking till the end.
This is really unfortunate that most people didn't even hear about the name of such a movie like Blue Oranges. This is the reason why Director like Rajesh Ganguly hasn't try to recreate his magic even in 11 years.
Once you start watching Blue Oranges, I can guarantee that you will be glued to the screen until you finish the movie. 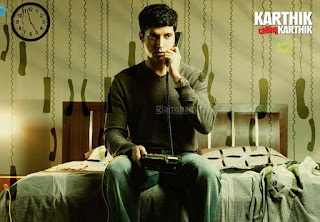 Karthik calling Karthik sets an example that huge money is not important to make a great movie like this. Be it screenplay, direction or acting, Karthik calling Karthik is just fabulous and a must watch.
The movie is written and directed by Vijay Lalwani in the year 2010. Vijay Lalwani is also known for directing The Final Call, a TV series released in 2019.
In the lead roles, there are Farhan Akhtar as Karthik Narayan, Deepika Padukon as Shonali Mukherjee and Shefali Shah as Dr. Kapadia, a psychiatrist.
Karthik is a common man who is struggling with his inner problems. He has lost his self-confidence and the ability to fit in his social circle. Suddenly, all of his problems seem to be solved after a mysterious phone call.
The movie is so unique and so beautifully crafted that I do not want to spoil your enthu by revealing more about the storyline of Karthik calling Karthik.
The only thing I can tell you that the movie Karthik calling Karthik is related with neurosis or commonly known as mental disorder. You can read Common Mental Disorder, causes and symptoms if you are a knowledge hungry man like me.
The multi talented Farhan Akhtar has probably delivered his best performance in this psychological thriller movie Karthik calling Karthik.
So, visitors there are actually many more movies which are exceptionally good but failed to attract people due to unknown reasons.
I personally request you to watch these movies to keep up the motivation level of the involved people. Otherwise, they will stop making such great movies. And we will have to satisfy ourselves with those boring, dull and repetitive high banner movies.
If you know about such underrated movie which I should see, please write in the comment section.
Best 5 TV series you must see