Why and when do people commit suicide 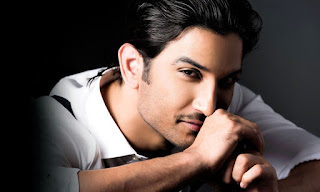 Why does a man commit suicide

On a shocking revelation Sushant Singh Rajput has been found dead in his Bandra apartment, Mumbai on 14th June 2020. This article will mainly focus on why and when do people commit suicide. Please read on to know.
Sushant was only 34 years old at the time of his death. He is a well known actor for his brilliant performances in bollywood movies like Kai Po Che, Sonchiriya, Kedarnath, Chhichhore and many more.
His untimely demise has shocked the entire Nation including the film industry.
As per media report, Sushant has committed suicide by hanging himself. But, it is too early to say this until the police investigation is complete.
Post mortem report has confirmed that hanging was the cause of his death but it is not yet known whether there was any sign of struggle on the dead body of the deceased.
Sign of struggle generally indicates a crime or foul play.
To confirm whether there was any foul play or not, we will have to wait for the final forensic report.
Sushant's brother in law O.P. Singh, Additional Director General of Police, Haryana has suspected foul play in the death case.
He has urged for a thorough and detail probe into the matter.
Manohar Lal Khattar, Chief Minister of Haryana has termed this as "irreparable loss".
Narendra Modi the Prime Minister of India has also expressed his grief in a special tweet.
So, readers, this is not yet confirmed whether the young and successful actor committed suicide or not.
And let me tell you that this article is actually not about Sushant Singh Rajput. This is rather about why and when does a person commit suicide.
The case of Sushant is actually a stimulus for writing this article.
There is a continuous repression between our conscious and unconscious mind and also between id, ego and super ego.
The unconscious mind is filled with immoral desires and it is continuously trying to fulfill these immoral desires in various forms.
Now, readers, if you are finding it hard to understand the above, please make sure that you have read What is mind, know your mind in simple language. Reading this will help you to understand the basics of psychology.
So, it's the super ego who moralises our thoughts and guides us to take the right decision.
Every person amongst us has death instinct.
You see, whenever we face a very difficult situation in life or whenever we become frustrated, what do we say?
We wish that if we could die to get rid of these tough times. This very thought gets implanted in our dark unconscious mind and tries to be realized on certain situations.
A normal human being can never commit suicide because whenever such thought arises his super ego will come into work.
The super ego will tell the person:-
The person if normal will accept the above guidance of the super ego and will refrain himself from the heinous crime of committing suicide.
But what if a person is not normal, not being normal means the person is suffering from neurosis.
Neurosis is a  mental disorder of many types like, obsessive compulsive neurosis, anxiety, depression, hysteria etc.
The mind of a person diagnosed with neurosis is dominated by his unconscious mind and id.
Conversely, his conscious state of mind and super ego becomes weak. This is why such person can commit suicide.
Moreover, as already said, unconscious mind sees suicide as a solution to get rid of tough times.
So, it forces the person to take his own life, and since the super ego has become weak or not working, the person with neurosis loses proper guidance.
Dear readers, only treatment of neurosis is psychoanalysis which was founded by Sigmund Freud. It's a long term treatment.
Whenever you see a person with any abnormal behavior, please take immediate steps.
Some abnormal human behaviors are listed below so that you can identify these in someone you know
So, readers, I hope you have liked this article. There are more upcoming articles on psychology. You can subscribe by email to receive future articles in your mail box.
Also read why should you write in a web site instead of social media