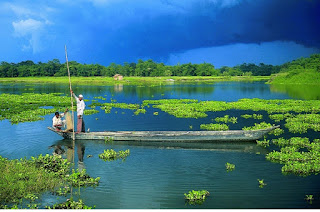 The cultural capital of Jorhat is known not only for it's historical heritages but also for it's legacy in diversities. With an unbelievable literacy rate of around 90% Jorhat becomes pride of Assam, the land of the rising sun. This land has produced many virtuoso in diverse field of interests. Birendra Kumar Bhattacharya a pioneer of modern Assamese literature was the first Assamese to win the Gyanpith Award, the highest literature award of India. The list of virtuosos is endless pertaining to Jorhat. Nevertheless, when it comes to the Royal Cerebral Battle, Jorhat leads yet again. Under the leadership of Late Prof. Bodiuj Jaman of Jorhat the All Assam Chess Association was established. Of late, Jorhat has become the most fearsome chess district for the players alike Trailokya Nanda, Junmoni Gogoi,  Bidyut Bikash Handique, Rakesh Chakravorty and many others. Having celebrated it's Silver Jubilee way ago in 2001, Jorhat is now on the verge of celebrating Golden Jubilee. Referring pretext of this article, Jorhat Dist. Chess Association has now come up with it's first Open International FIDE Rated Chess Tournament with a massive cash prize fund of Rs. 3.78 Lac. The tournament is scheduled to be held from 26th to 31st December 2019 at Kushal Konwor Memorial Stadium, Jorhat. With confirmed participation of GM Diptayan Ghosh, IM Ramnathan Balasubramaniam etc. the event is anticipated to witness 300+ players. In a close conversation with our correspondent, officials of JDCA informed that the entry fee for outstation players is fixed at Rs. 2000 & have provided the following details for participation in this grand event.

Detailed break up of prize structure 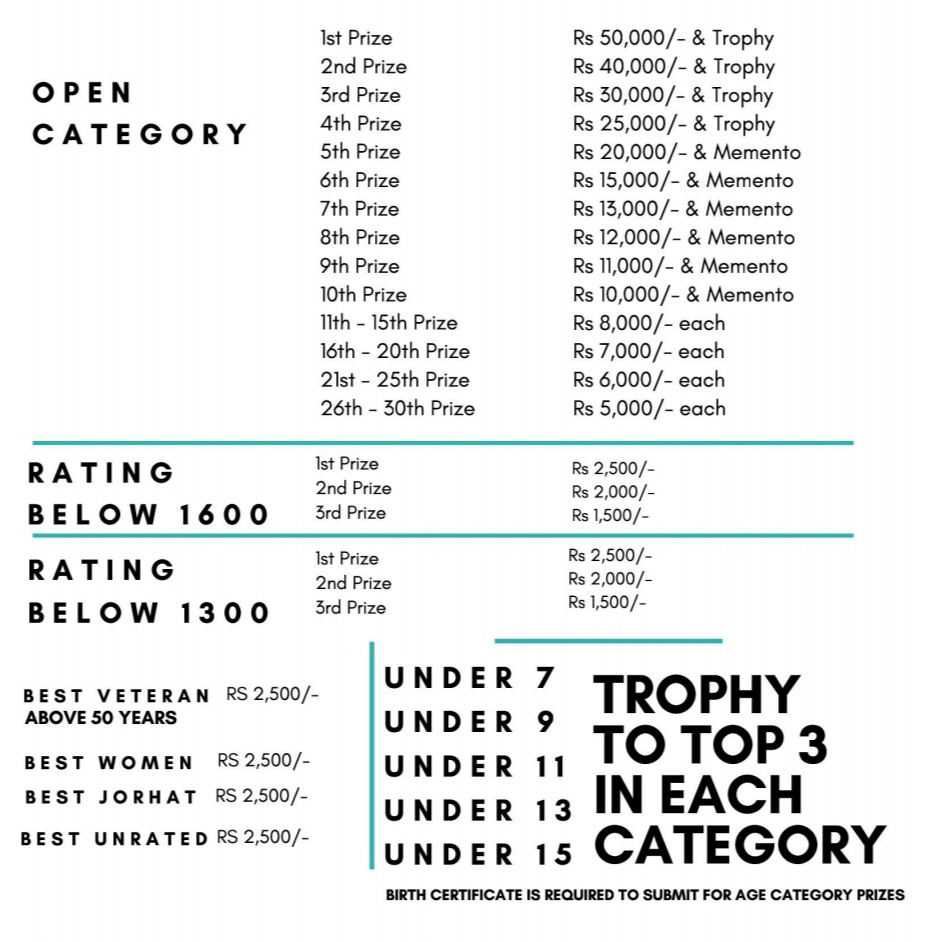 JDCA has appealed to the chess community to make it convenient to participate in this event such that they can become part of a success never seen before.
Result of biggest North East Online Chess Tournament