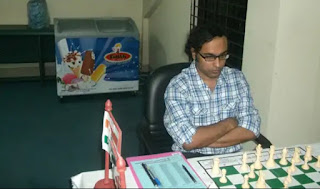 In a recent development, renowned Chess International Master Somak Palit of West Bengal has endorsed & confirmed his participation in the Cash Prize Online Chess Tournament series to be held from 11th to 17th Nov 2019 on lichess server. The tournament is being orchestrated by no big shot but a relatively unknown organization called Good Knight Chess Club based in Tinsukia, Assam. It is pertinent to note that Assam is still lagging behind in the domain of chess when compared to other States of India. For this reason GKCC came into the scene with the sole view to provide the chess players of Assam and it's neighboring States a low cost, competitive but professional playground. Despite being a new entrant in the field, it has managed to change the paradigm with no sponsor and no donation. But every noble initiative demands cooperation from the like-minded people and this is where GKCC fails miserably. It is becoming harder for the organization to survive without necessary support from the chess community. In a recent interaction GKCC management expressed their grievance but also thanked IM Somak Palit for supporting the initiative.
The Legend of Sherlock Holmes
Chess